Down the darkest of roads...

"and for whatever reason, his mind seemed to go down the darkest of roads when all it was looking for was the likeliest one. What he didn’t pay attention to, but should have, was that the deeper he allowed himself to trod down these roads, the more accurately they came to reflect reality; whereas at the start, they bore no comprehensible resemblance at all."

Alright, I've wanted to get back on here for days now, but the days seem to keep flitting away prior to my being able to. Whatever. That's just an excuse, isn't it? So, here's what I've decided——since every day I'm probably going to jam my schedule full, as I tend to, I figured the only way to actually get myself here at the end of the day and share as I want to is if I chip off a little piece of my writing done earlier in the day (as seen above), and then use that as a prompt for the rest of this post ft. none other than my wandering mind.

Above is a part of a novel I sort of fell into writing. It was originally a short story, but then as I needed to expand on it for an event where it's being performed at (yay!), well let's just say the expansion began to happen and it never stopped.

Anyway, who cares. What I want to talk about is the quote itself. Because as I was writing it I couldn't help but think how true it is——at least for me. And I really don't like that about my mindset. I also doubt I'm alone in this.

So, here's the thing, I'm in this place right now in my life where every single thing is uncertain. My career, notably, but even my home. I have no clue where I'll end up living (having lived in a few countries which haven't actually made me think "Damn, Toronto is home" as it does for a lot of people who leave).

Anyway, having no clue what will happen next is actually something I like, for the most part. What scared me more than anything when I was in my first job was the idea that every single day to follow for the rest of my life would look like a minor variation of today's. Snooze. However, there is the other part of me that is a little more "in the box," let's say, that doubts almost everything the other part of me does. And that sliver of myself is the one that runs down the dark road and, if isn't careful, can actually bring a bit of that darkness back with it and throw into my real life. And that idiocy is what I want to explore now.

What. A. Waste. Wandering down that road, that is. And yet, I do it. I get into this weird trap wherein I actually begin to think doing so (aka worrying) is healthy. Like...the moment I fail to worry is the moment I fail in my pursuit of all that I'm hoping to achieve. But that is craziness!! And again, I realize that the second I step back. Just sometimes, I don't step back for a while and I allow myself to falsely believe what this little devil named Self-Doubt wants me to. It's when I get sick (sniffle, sniffle——me right now). It's when I get mean, or utterly short/impatient (sorry, mom). It's when I get forgetful. And worst of all, it's when my work actually gets shitty. And that is always because I've let my fear overtake me, rush me, and voila: produce crap. Yay! Totally what I was going for!

Obviously not. And so why the hell do I do this to myself? Because I get caught up in the horrific social media comparison trap, for one. Even when I know the realities behind the shiny pictures, it gets me, often. And so, I don't know what the point in writing all this is. Other than to try to wind down, and share my insecurities. Because I think we all go through this. We allow our minds to get the better of us——to believe silliness when, intellectually, we know better. I guess it's because we're emotional beings, and are thus governed by such feelings more than we care to admit.

So what's the moral? Eep. Never mind, I don't believe in moralistic writing, at all. I guess all I'm saying is I'm trying hard not to be a robot, and take my time. And with that, I shall sign off so maybe I can actually allow myself some good, healing sleep.

(That's a lie. The coffee shop is just closing.) 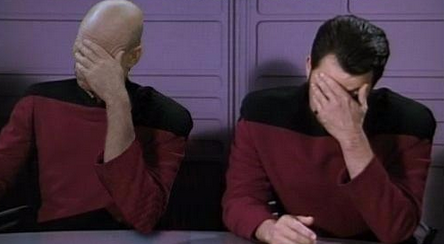