"I often felt like a tree, the tips of my highest branches continually growing, reaching out to test my limits until the opposite urge to return to my roots and ground myself made itself known and I integrated what I had assembled for myself. This sounds very romantic, but these steps are filled with doubt and uncertainty."

I was drawing at a very early age. My parents saw my talent and supported me. We were a lower middle class family of five children so any form of private study was not possible. My Catholic grammar school had no art program and my high school offered very little, but I began oil painting on my own at age 13. I received my first painting instruction at about age 20. I always saw my lack of early art education as a missed chance, but later I became aware that it gave me the opportunity to develop my own color vocabulary and sense of composition before anyone taught me methods or formulas. However, the six years of art study I later pursued on scholarships at three different art academies gave me a good academic foundation to build on.

The last two academies I attended were in New York and although my tuition was paid I worked evenings as a waiter in a French restaurant in a hotel in midtown Manhattan to pay the rent and living costs. There, in 1980, I served a Dutch businessman one evening. We began to talk and he asked what I did, aside from waiting tables. I told him about my work as an artist and watched him grow curious. 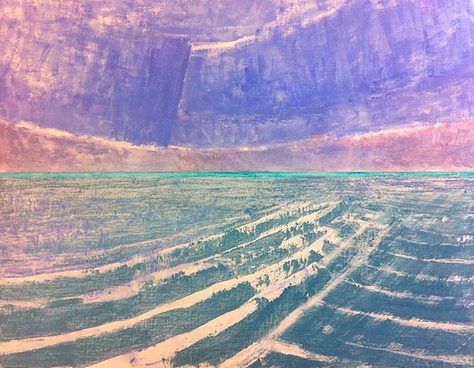 Later, when I handed him the checque, he handed me back a business card.

Then he flabbergasted me.

Without seeing my work, he asked if I would like to come to The Netherlands to paint his two son’s portraits. 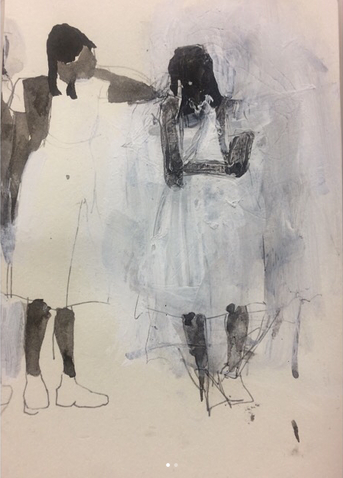 Although the commission was to paint his son’s portraits, we got along so well that I offered to paint his wife’s portrait—a token of appreciation for his remarkable hospitality. The portraits were a success and led to a group of his friends becoming my sponsors and benefactors.

Portraits completed, my girlfriend and I were given the family's second car and we drove for two and a half months around Europe visiting as many museums and churches we could find. We wanted to soak up all the great art here. When we returned I had 15 or so new portrait commissions, friends and contacts of my ‘Dutchman’ who had seen his wife and sons' portraits. It was then that ‘Kees’ (my Dutchman) decided to organise a sponsorship with three other friends of his.

While I began my commissions and searched for a home and studio, my girlfriend closed up the apartment in Greenwich Village and got our two cats ready for the journey to Holland. 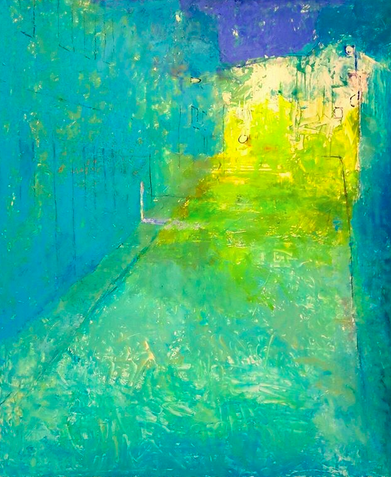 Between then and 1984 I painted over 50 portraits in Holland, Belgium, England and America.

In this time the Borzo Gallery in Amsterdam began to represent me.

“Ahh…yes,” he replied, “up until recently he was located within the gallery, but he has now opened his own shop in another street nearby.”

I thanked him and went on to the framer. When I came back a month later the framer informed me that the director of the Borzo gallery had been there and was impressed by my work. He wanted to meet me.

“He might not realize it but we have already met!” I answered. And so began a 36 year relationship.

Since 1981, I have earned my living solely as an artist. Exhibiting in Amsterdam, New York (Soho, Chelsea), San Francisco, Connecticut and Paris. I lived on and off between the U.S. and the Netherlands before definitely (?) settling in Amsterdam in 2000. 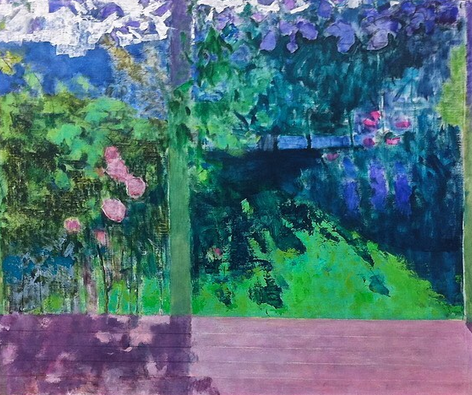 {Note from Mackenzie: But! It wasn't all luck, good fortune and beautiful work.}

It has been a life of financial ups and downs...

Sometimes making a very good living and other times scraping by. Early on I decided to limit my lucrative portrait business to make space to grow and develop as a creative artist. The temptation of financial success was always tempered by an irritating need to explore, experiment and push myself. I often felt like a tree, the tips of my highest branches continually growing, reaching out to test my limits until the opposite urge to return to my roots and ground myself made itself known and I integrated what I had assembled for myself. This sounds very romantic, but these steps are filled with doubt and uncertainty.

I had to learn to trust in the artist and not in the techniques and formulas.

I suppose my guide has always been feeling—that sense of exhilaration, excitement, adventure that inspires and stimulates me to try something. As one of my artistic heroes Henri Matisse said in an interview:

"You study, you learn, but you guard the original naiveté. It has to be within you, as desire for drink is within the drunkard or love is within the lover. ”

In my experience, an artist's life is an incredible privilege. To have 24 hours of everyday to yourself, to be inspired, to pay attention, to be fully in life and then to give it back in your art.