Well, I've been meaning to share an excerpt of my book on here. Now that I've added this story insert into my main story, it seemed like the perfect piece to pull out to stand alone here. So, to anyone curious about the fairy tale that Scarlet reads in The Play House, here it is!

Once upon a time, I read, there lived a woman in a quaint village by the name of My Treasure. One special day, she awoke to find that something had changed: the air, no longer invisible, had revealed its shape.

Lifting her hand, she ran her fingers over its soft narrow strips of clear-coloured ribbon.

“Oh,” she startled, as they called to her.

The ribbons sang, “The crossing of our tendrils shall deliver whatsoever you please. So, weave us, if you believe!”

As she was hungry, and with only mouldy bread to eat, she took in her hands the ribbons of air and began to braid them into pleats. To her shock and delight, they were true to their word, delivering oat cakes and eggs, and fresh lemon curd. When she was filled such as she’d never been, she smiled at her fingers, yet unable to believe: in them lay the secret to all she’d thought destined only for dreams.

In the coming days, she carved from the air origami birds that both flew and sang, and pocket watches and crystals, which pointed north and home, and sat on her neck where they’d glitter and clang.

To herself she kept this gift she’d procured. Until one fateful day, a child looked through her glass, and found her weaving the air into brass. It wasn’t long before the King and Queen caught word, and she was brought to the palace, where she wove to prove she was not absurd. Silk cloaks, sequinned slippers, gauzy scarves, encrusted rings—to each she brought life, infusing colours still unheard of by even the rainbow and the clouds, its wings.

At the eruption of applause, the woman bowed and left, not knowing yet how quickly her life had just changed.

On the streets she was stopped, more and more each day. Beggars gleaning for a glimpse at her gift, lead to her first wage.

That’s what they said.

Then they’d crowd around her, nearly swallow her whole. Performances lead to sales. Flaming pearls, cintamani, sea glass, and engraved sacred stones. Like moths to a flame, they flocked to her by the ten-fold each day. Beloved, yes, loved, is what she was.

That is, until the day the tune would change.

When it came, she was mid-bow on stage. The notes simmered and twirled, picked up their feet, and slowed, danced with the wind. A light shift in the air warned the approaching hard turn of the tides, and then, quicker than the snuffing of a light—CRASH—the tune had changed.

Sensing this, she leapt off stage to run the long way home. Under her bed, she hid, praying and praying it’d turn back, but, too, well aware, in that pit deep inside, her prayers were for nought. After all, no one, no matter how powerful, could un-crash a wave, just as no one could control the tune of the times. Once the music was set, the rule was this: it played.

Superstition swept the village like the plague. By the end of the next day, rather than marvel and mystery, her label came to read sorcery. And with that new tune puffing through the air, the woman was perceived to be not creating miracles, but collaborating with the Red-Tailed Man: an intolerable criminal.

When the armour and pitchforks showed up at her door, they were too late. For her sense being strong, had sent her out minutes before. Through the streets, then the forest, she ran and she ran, and no one ever saw her again.

I put the book down, hands shaking.

Personal Update After 6 Months: Surrendering to the Universe, Listening to Intuition, TCM, & more 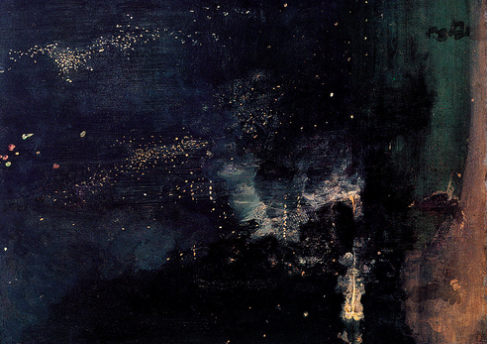 04.May.2020
Mackenzie Belcastro
The Play House