23.Nov.2018 . 2 min read
A measly 730 days. That's it. Only two years since I've been writing regularly. But my what can change in such little time. Since 2016, Mackenzie-circa-2001 has been let free once again. That's the kid that liked to wear bandanas and boas, collect leaves to press, make up dance numbers with her sister, and even arranged a schedule for her toys with regards to which got to use the sleeping bag which night. (I only had one toy-sleeping bag, so that's that.) Oh, and also, notably, the me that wrote short stories—the first ever being penned inside a blue and lamé gold notebook. It was about the lives of my grandma's dogs. 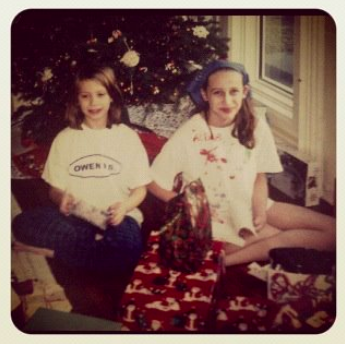 When fiction walked back into my life this year it was as if the remaining bit of dust that had begun to accumulate as I "grew into an adult," flicked off, and the sparkle of childlike wonder fully emerged. I couldn't be more thankful to the practice.

I heard Robert Greene say once that "finding your calling" is really just akin to looking back to who you were when you were small, and noticing what you were drawn to. I agree in full. I believe that the things that were like magnets to our eyes when were five and younger don't just lose their charm as we put on our big girl-and-boy pants. Not often, anyway. Mostly, they just slip through our fingers when we grow to believe they are beneath us, "childish"—as if that were a bad thing. 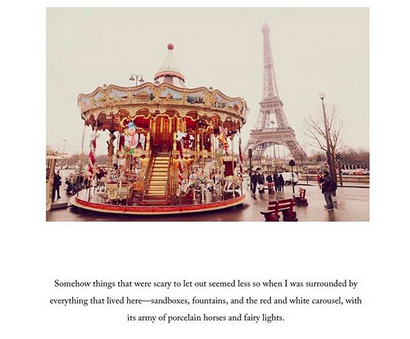 When all I wanted was to be accepted, to fit in, I traded in my kaleidoscopic soul for a "chic, black one." (Ha!) I met no one that appealed to me. And I thought "friendship" was a burden. It was a pretty dark time. I didn't read. I didn't write. I didn't really do much of anything when I wasn't at work except for wander the streets like some poor, lost soul. And that, to me, was superior to "seeing my friends," because, yup, they weren't really my friends. They were more like loose threads from the past that I hung on to in the hopes that one day they may be magically spun into gold.

Note: There was nothing wrong with these people. They just weren't my people. Cue that icy loneliness that comes from being surrounded by those who don't connect to your heart. Brr.

But no longer. It seems like everyone I meet now—at the places this-me, this real me, goes to—I want to put into my pocket and carry around all day. What is it they say? Like attracts like? Yeah, that. But it wouldn't have been possible had I remained so veiled and disconnected from my self.

All that's to say, if you feel lost, and confused about who the hell you are, take a look at photos from childhood, write a letter to your tiny self, get to know her all over again, or him. And, I pray, the dust will shake off of you, too.

I'd love to hear where you're at, if you're open to sharing.

Send me an email, sweets.